10
Jul 2015
The 3C-Racing Team is coming back successfully. With his victory at the Hungaroring, the Spaniard, Xavi Forés, has successful started in the second half of the SUPERBIKE*IDM. The first triumph on the Ducati 1199 Panigale R in this year once again casts a new light on the endeavour to defend the title. Thus, despite the current advance of Markus Reiterberger (BMW), the outcome is open once again. The 3C-Racing Team colleague, Lorenzo Lanzi, covered Forés’ back in Hungary during both races and took third place in both cases. On the 4381 metre long Hungaroring, Xavi Forés immediately sensed that a victory was possible. In the run-up to the race, the 3C-Racing Team had still been doing tests on the Pannoniaring to lift the Ducati 1199 Panigale R to a higher stage. The decision to enter the race with a hybrid version was taken quickly. That means: the chassis of 2014 was combined with the electronics of 2015. Forés and Lanzi started with identical material and already demonstrated their potential in the Superpole, where the nine fastest drivers of the entire field once again battled for the front starting positions in a separate ten-minute session. Forés won the Superpole for the first time this year. He had a round time of 1:47.579 min and as such was 0.010 sec faster than Reiterberger. Lanzi came in at third position and thereby also secured a position in the first starting row.

In the first heat, Forés was the first to take the corner, and he led the race for a long time, before Reiterberger, following numerous position changes, was successful at asserting himself. In the second heat, Forés, who once again took the lead, made sure this wouldn’t happen again. After 15 rounds, with a lead of 0.113 sec, he was waved aside as the victor. For the 29-year-old, and the entire 3C-Racing Team, this was an incredibly liberating feeling.

Xavi Forés: “The test on the Pannoniaring significantly contributed in further advancing the motorbikes. I had a tough battle with Markus Reiterberger but to take second place, like in the first heat, this is not my goal. In the second heat, I let Reiterberger pass to the middle, to study his line, and then I overtook him again. I knew that he would attack again in the last two rounds, but this time round, his tactic didn’t prove successful.”

Until the next race, the SUPERBIKE*IDM will be granting itself a little break. The race will be resumed on the Schleizer Dreieck, from 31 July to the 2nd of August. On the natural race track, the heats eleven and twelve, of a total of 16 races, will be held. 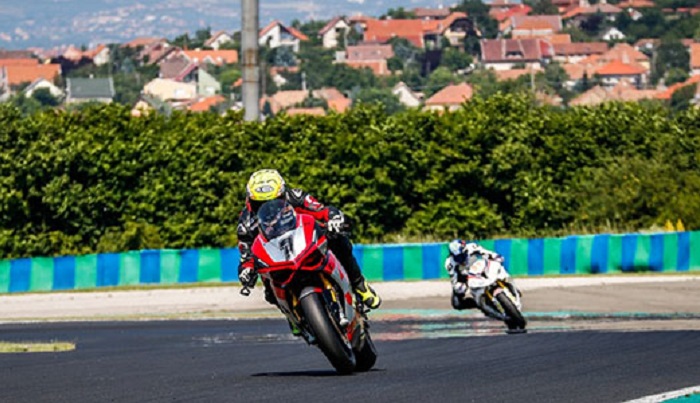 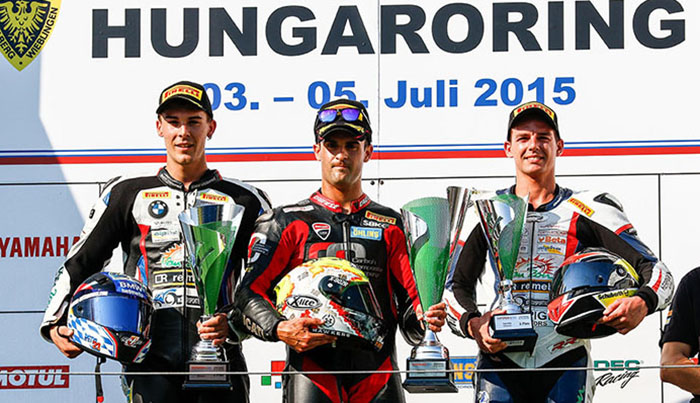